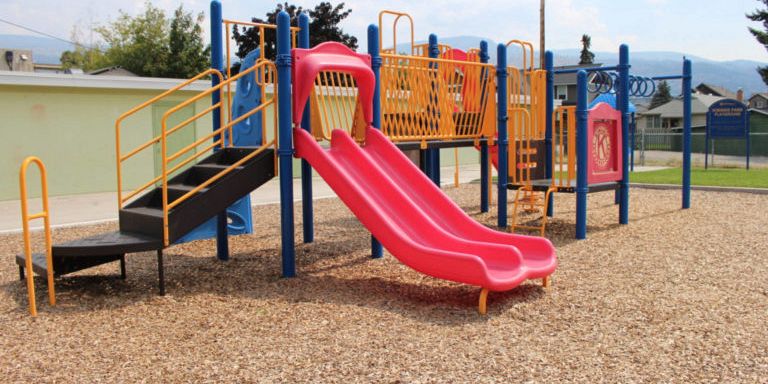 The Kiwanis Park playground on Edmonton Avenue will be closed to remove the adjacent washroom building. The closure is planned for the week of Nov. 22 to 26, however it may be extended into the following week, said the city of Penticton in a release.

Demolition got underway Nov. 1 for the new child care facility being built on Edmonton Avenue. The new facility will replace two current structures located in Kiwanis Park that have reached the end of their service life, said the city of Penticton.

The washrooms were part of the demolition plans.

The new publicly-funded facility will offer 116 licensed child care spaces when it opens in September 2022. The child care facility is a partnership between the city, province and OneSky Community Resources. OneSky currently operates child care out of that property.

The new facility is being made possible by a 60-year land lease and grant and construction agreement that saw the city contribute the land, the province contribute the majority of funding with a $2.95 million capital grant, and OneSky will operate and maintain the facility and licensed child care program.

OneSky has engaged local firms Landform Architecture and Greyback Construction to build the new child care centre. During the associated public engagement process, 97.9 per cent of respondents supported the project.